Our visit to Woodford Reserve presented an altogether different kind of approach to the distillation process.

In stark contrast to Buffalo Trace, everything at Woodford Reserve is spotless, new, and highly finished. The entire tour environment is geared for visitors, whereas at the ‘Trace it definitely felt more like you were visiting a real-deal workplace. 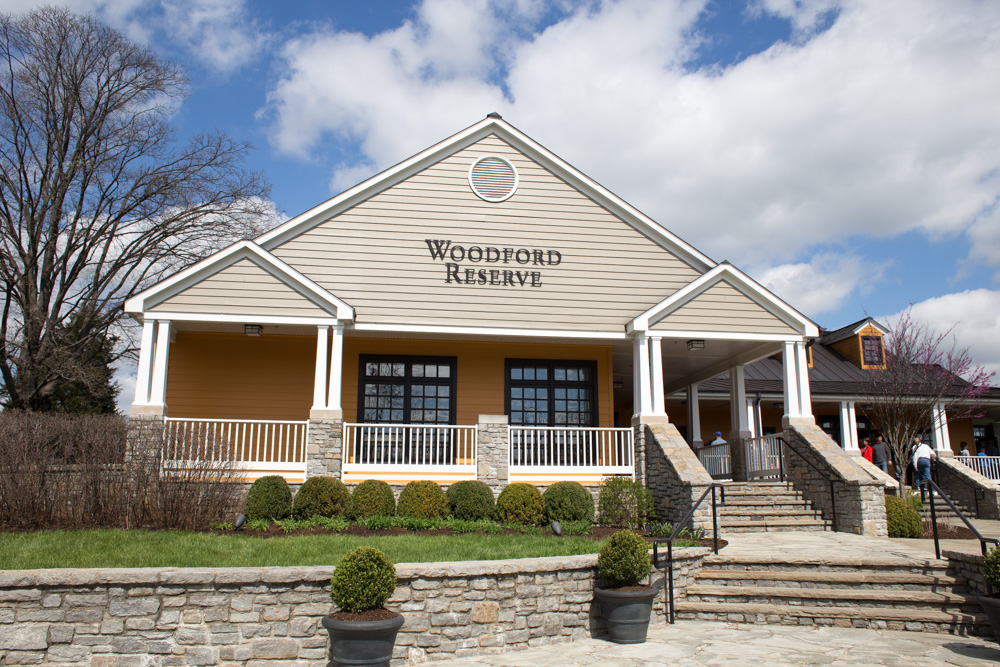 Even the welcome centre is styled like a modern, colonial homestead, and the gift shop and waiting area is furnished with beautiful leather loungers and an impressive feature fireplace. Inside, it all looks a bit like a fancy drinking club for smoking-jacketed gentlemen. It’s a world away from what we’ve seen before.

However, behind the modern façade there lies a beautiful, 19th century distillery consisting of limestone cottages, outbuildings and rickhouses, all faithfully repurposed and retooled for modern whiskey production. The mix of old and new is enchanting, and whilst Woodford Reserve is a relatively new player in the bourbon world (they launched in 1996) this site has been distilling various forms of whiskey since the 1780s. So, the operation here is indeed undeniably modern, and a recreation of sorts - but there is history here too. 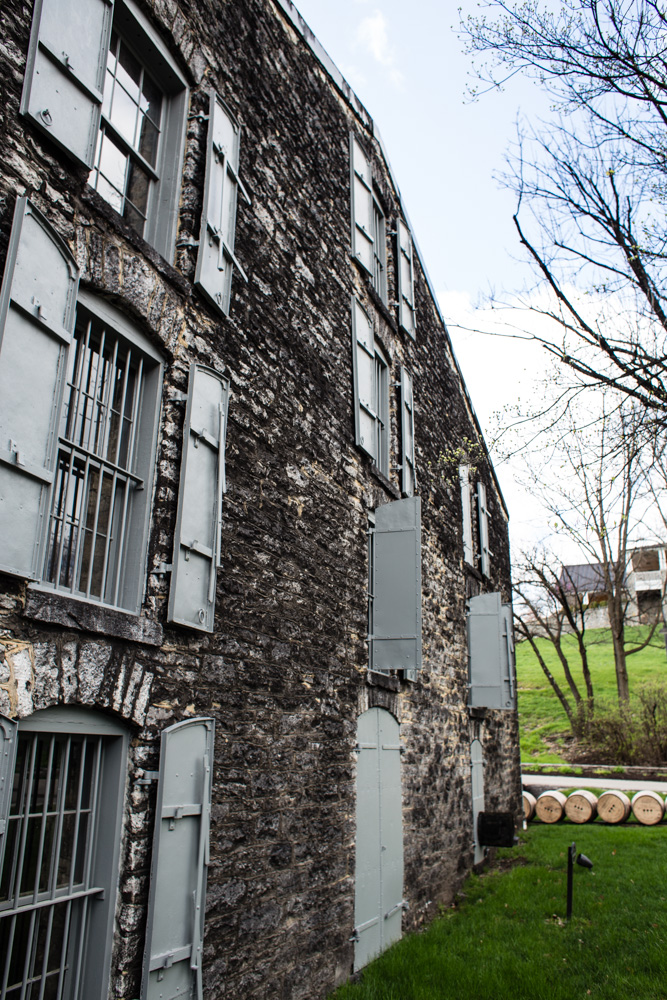 Our guide is a burly gent in his late 50s, with a bristling grey-white beard, whose passion for this role is made fully evident when he reveals that he does this on a volunteer basis, and it’s not his regular job. He recants the process, leading us through the mash tuns to the pot stills and the kegging and racking process. Before arriving, I’d been suspicious of Woodford Reserve being a kind of Corporate-owned faux upstart whiskey, not a real distillery - without a soul - but I was pretty wrong. The operation here is handmade, small-scale, and seems genuinely authentic - and perhaps I should give the product more respect. 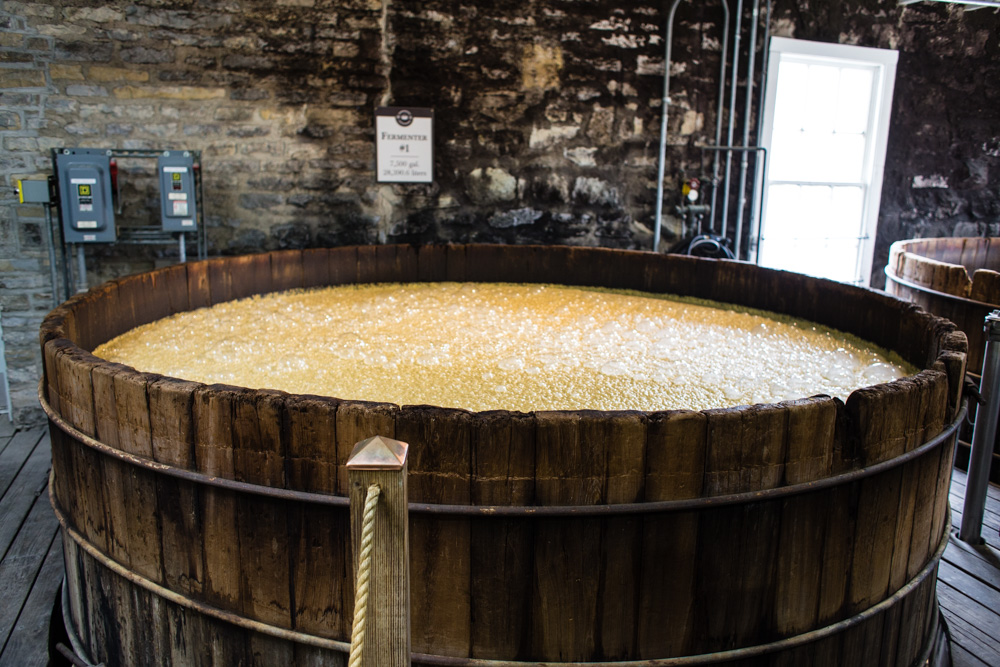 We learn that this distillery’s particular claim to fame is that it’s the oldest working distillery in Kentucky. All of the distilleries have one of these little titbits of trivia to help differentiate them from the rest, and there’s usually a caveat wrapped inside each one. In this case - it is the oldest distillery, but as it had to shut down during Prohibition it can’t claim to be the oldest continuously operating distillery. That particular accolade is argued over by Buffalo Trace and Makers Mark. It is pretty much a bourbon holy war, so let’s not even go there. 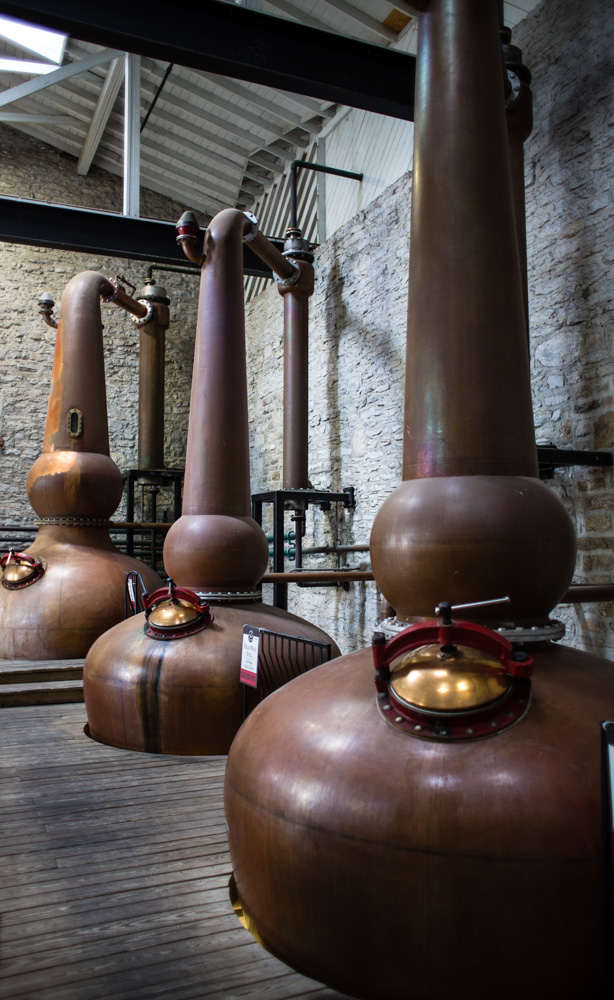 The whiskey distilled here is produced in pot stills, as opposed to the more commonly used (in Bourbon production at least) column stills. The argument is that pot stills give a greater balance of flavour, whilst column stills produce a very pure spirit. For me, I don’t know - I don’t have anywhere near enough of a developed palate to know the difference - but apparently this does all matter.

I’ve since learned that Woodford Reserve also use spirit distilled at their parent company‘s private distillery in Shively, near Louisville. This is column distilled spirit, and is used for their ‘regular’ line of product, whereas the pot distilled stuff goes into their more premium labels - the Masters Collection and Distillery Series.

Their rickhouse is intoxicating. I mean, not literally. Maybe you can get drunk on Angel’s Share if you stay in a rickhouse long enough, I don’t know… I volunteer to try! The smell is even more comforting and sweet than the one at Buffalo Trace, I’d say it was the best smelling rickhouse we visited on the entire trip - how’s that for an accolade to stick on your promotional material?

Next we’ll move onto an entirely new, modern distillery, trying to make their mark (no, not those guys) in the Bourbon world.